By adopting humane animal ordinances that are proactive, rather than reactive, MADACC hopes that municipalities in Milwaukee County will create a more humane community.

*Update! Glendale, WI is the first municipality in Milwaukee County to make Trap-Neuter-Release legal for their residents! They also adopted other changes to make tethering safer and prohibit dogs from being tied up in public unattended. We are so excited and thankful! Read the ordinance here!

“MADACC has proposed ordinances that will increase public safety and end the need for breed bans or ineffective ordinances with breed specific language. Ordinances that will also give residents a life-saving choice for feral cats and require owners that tether animals to do it in a cruelty-free way. We see many people become reactive after a dog bite or seeing cruelty, and we would rather offer proactive solutions that cost nothing to tax-payers and do a world of good for our animals and our community.” – Karen Sparapani, MADACC Executive Director

Milwaukee, WI October 25, 2018:  MADACC has taken the step to propose life-saving ordinances to the municipalities they serve, these ordinances address the most common problems MADACC receives complaints about in the community. MADACC seeks to end the mandatory “catch and kill” method of feral cat control and put an end to abusive and cruel tethering practices in extreme weather, the use of tow-chains and other inhumane methods. MADACC also wants the use of retractable leashes or long leads to be considered, as well as the practice of tying dogs on public streets. This initiative was started by MADACC earlier this year with the proposed ordinances being recently distributed to Milwaukee County’s 19 municipalities.

While MADACC provides animal control services to all 19 municipalities that comprise Milwaukee County, they have no law enforcement capability and do not pass laws for municipalities. MADACC simply assists in law enforcement by providing stray-hold and seized animal care. MADACC is at the forefront of seeing cruelty, and the effects of owners not understanding how important managing and being responsible for their animals daily.

Feral Cats in the Community

“The feral cat issue has been important to me since the first day I started working here. Residents bring in trapped feral cats and ask what will happen to them. Unfortunately, current laws prohibit trap-neuter-vaccinate and release programs here. So even if the person had hoped for a live outcome for this cat, we are forced to euthanize as there are no legal ways for feral cats to live a life outdoors,” said Karen Sparapani, MADACC Executive Director, “There has always been a resistance by municipalities to entertain the thought of feral cats being allowed to exist outside. Catch and kill does not work. It has been practiced for decades and we see more cats outside rather than less. Studies show that rather than euthanizing feral cats, if you sterilize them and put them back where they were found, you prevent more cats from coming into the area, and you prevent proliferation. This will reduce the population over time in a way that cannot be achieved by current methods that are antiquated and not science-based. To be clear, people are already practicing “TNR” individually or via rescue groups. The question is no longer should we allow it, it is how can we best regulate it to ensure public safety and assuage health concerns.”

The proposed regulations allow residents who have feral cats the option to trap, sterilize, microchip and vaccinate for rabies up to two cats on their property. Cats will have rabies vaccines and those records will be available at MADACC, along with the information of the individual who placed cat outside if the cat ever is trapped and returned to MADACC. Fees will be waived for reclaim the first two days and only a new vaccine cost will be charged if vaccine is not current. Rescue groups would be able to pull feral cats from MADACC for residents, or on their own; and to locate them at homes with owner knowledge. This is a more humane method of reducing the outdoor cat population and reducing the number of kittens born outside every year.

Using tethering as a primary confinement method for dogs is very common in Milwaukee County. However, many dogs are chained up with chains that are used for boats and automobiles, or on chains that are too short. Tethered dogs are often unsocialized with people and other animals and are not adoption candidates, giving them a death sentence if they enter a shelter.  While the idea banning tethering is popular across the country, it is not a feasible solution here. That does not mean that municipalities cannot require it to be done in a more humane method, using items that are specifically for that purpose, using ties, collars, and harnesses that allow free movement and prevent strangulation. MADACC sees animals each year with heatstroke, frostbite or death from exposure to extreme heat and cold conditions in addition to hanging and strangulation. To reduce cruelty complaints and save lives, tethering restrictions should be considered.

For many people, taking your dog to the farmers market or coffee shop and tying them up seems like a harmless practice, until that animal is stolen or involved in a bite incident. MADACC also encounters incidents of dog bites where children and adults try to interact with a tied-up dog because the dog is afraid and stressed waiting for their owner to return. This summer there was a death of a dog that was walked past another dog tied up outside of a coffee shop. The tied-up dog reached out and grabbed the smaller dog and it had to be put down from the severe injuries. MADACC proposes if you cannot be with your dog when you have it off your property and have it under your management, you should leave your pet safe at home. MADACC often sees injuries or accidents and hear “It was only for a minute?” Sadly, that is all it takes for an otherwise nice dog to injure people or another nice dog.

Long leads and retractable leashes are very popular, however, on leashes that long provide no control over your dog. MADACC has seen dogs that have been injured from being caught in long leashes as well as human finger amputations from retractable leashes and dogs taking off after another animal. Many dog fights cannot be stopped because the owner is too far to immediately intervene. Six-foot leads allow dogs to have some freedom and owners to control them when faced with another animal, automobile, or person who interacts with their dog. Short leads make our streets and parks safer and it is an easy way to reduce bites and injuries while still allowing for wonderful walks in the community.

“We think that ordinances like this are progressive, humane, and long overdue in Milwaukee County,” Ms. Sparapani offered. “Our organization has been changing to meet public expectations and has become a leader in animal control practices over the past few years. We have been striving to increase our live release rates through adoption and by improving our medical capabilities for the sick and injured animals we take in. We need our municipalities to step up to help us and do the same without hanging onto antiquated and ineffective methods of animal management. These methods include the mass euthanasia of feral cats, allowing cruel methods of tethering, and having breed specific legislation, which is merely the illusion of safety. We need to work on educating companion animal owners, so they understand that they need to manage their animals not only for public safety, but also the safety of their own animals. If your dog is involved in a bite, you will be potentially faced with rehoming it or euthanizing it. We want to avoid the terrible news story, ones we see all too often of a bite or death that could have been prevented. We want to stop euthanizing feral cats just because they were failed by humans. We want more animals to live a better quality of life in our community. Ordinances like this help all of us achieve this.”

If you are a Milwaukee County resident, contact your municipal leadership and weigh in on this topic. MADACC proposing new ordinances means nothing without residents having a voice about how they would like to see things change. Your voice is the most important part of this conversation and MADACC urges everyone to contact their elected officials and tell them how they feel about these issues. 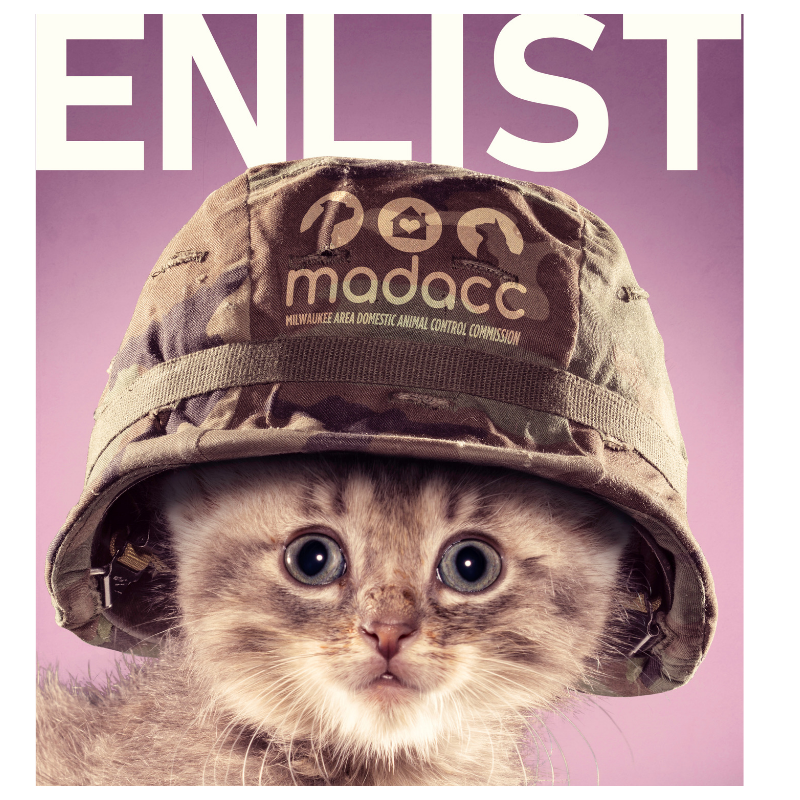